Brian Kozminski, known as “Koz” by his piscatorial pals, has been plying trout from Michigan waters for over 30 years. Originally from Grand Rapids where the Rogue River and Grand River were his home waters, his frequent trips to Grayling to fish the Holy Waters were not enough. Over a decade ago, he and his wife, Lesley, daughters, Simone and Camille, and labs, Moose, Murphy and Stella, made ‘Up North’ a permanent way of life. Rooted in Petoskey, the Bear and Maple Rivers were his primary destinations. A recent transplant to Boyne City now allows the Jordan and Boyne Rivers to become his backyard home waters.On three acres, his family enjoys the farm life with 2 sheep, 15 chickens and 3 cats and regular evening bon-fires.

A lifetime member of Trout Unlimited and ex officio for the Miller VanWinkle Chapter, he shares his passion for the resources by teaching local children the art of fly tying. He also provides a Salmon in the Classroom experience for kids at Sheridan Elementary School in Petoskey. An advocate for catch and release, he is also northern Michigan’s Ambassador for Greenfish, as well as an FFF member. He has been tying flies since his father taught him at the age of nine. Koz has made trips to Belize to confirm the speed of Bonefish and the illusive Permit, St. Maarten to cast for Tarpon, and the endless beauty of the Rockies in Colorado fishing for Greenbacks and Cuttys. Although Steelhead and large Brown Trout at night are exciting, the true treasure of northern Michigan lies in the orange flecks and blue halos of the native Brook Trout from its cold, clean and clear rivers. 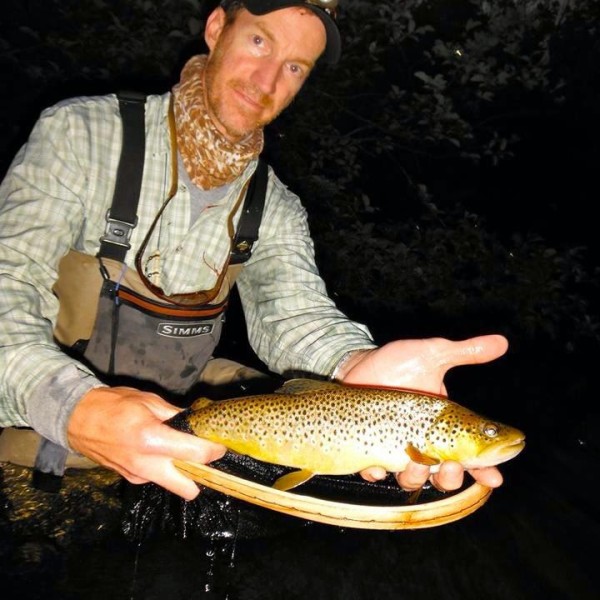